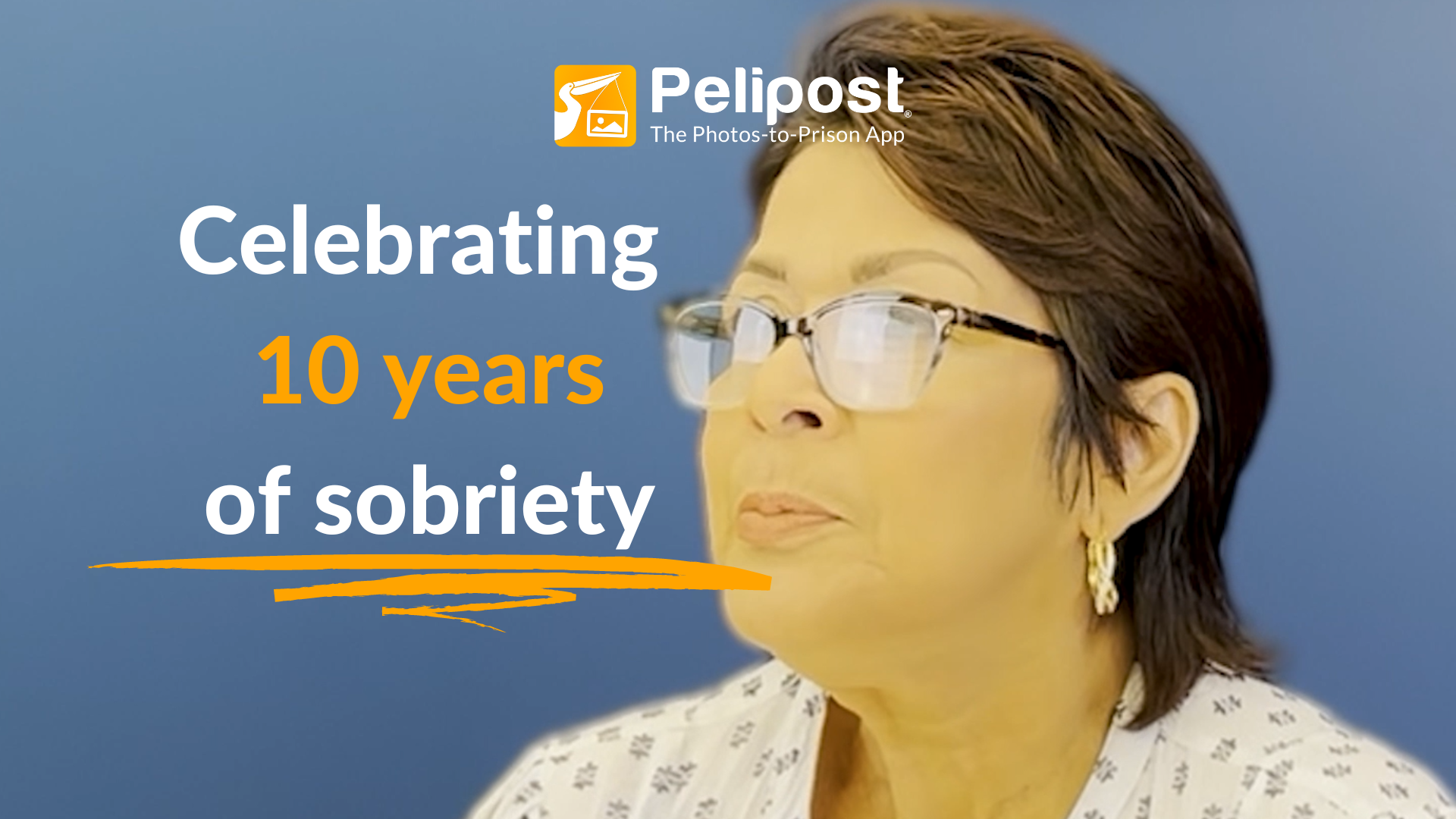 September is National Recovery Month, which celebrates individuals in recovery and raises awareness of substance abuse and recovery treatments. We were honored to sit down with Pelipost’s Co-Founder and Chief Operating Officer Becky Calderon as she celebrates a decade of sobriety, and we drew strength and inspiration from hearing her story of overcoming addiction. We hope her story inspires others who are affected by addiction, as well as their families.

Was there a moment that inspired you to begin the process of recovery?

I really did have a moment where it just happened. I remember many people saying, you know, “You’ll know when you’re ready. It has to come from you. You’ll feel it.” And it’s true. I was drunk and I was exhausted. Physically exhausted of being drunk, of needing to be drunk. And it was just one week in where I just said, I can’t live like this anymore. This is not living for me.

What were some of the key factors that helped you maintain sobriety over the past 10 years?

I would say that some of the key factors that helped me maintain my sobriety were understanding why I drank and understanding what led to it and knowing that that was under control, that that was not happening any longer in my life. And then also, if you ever feel like you think you can drink again, or you want to drink again, you remember the worst point of your drinking and you almost literally scare yourself straight. Like, is it worth risking this beautiful space I have in my brain right now to begin the whole toxic trip again? And so, the feeling of just being clear minded and not wanting to risk it again was important to me.

What is the best thing that has come from your sobriety?

Before my father passed away from dementia, he was always the one who picked me up as the drunk daughter. And when I got out of my recovery classes, three months later, his dementia progressed, and he would come and go. And there was a moment where he said, “How are you doing, mija?” And I said, Dad, I’m not drinking! I’ve been sober for three months. He gave me the thumbs up, and he said, “I’m proud of you.” And that was probably the last real ‘him’ that I got to see. To know that I redeemed myself in his eyes is like a miracle to me.

What would you say to those who are currently struggling with addiction?

What would I say to those that are struggling? I find it one of the most difficult questions because I know I truly know that there’s nothing one can say. It has to come from within. My first steps of leading to sobriety actually came when I was incarcerated, and I dealt with why I drank. It was a program called Houses of Healing. It was a 13-week program. And I dug into the childhood trauma in my life. That program was the foundation of the idea that you don’t drink, or do drugs, or whatever your addiction is because you choose or you like the alcohol. You do it because you choose to numb something that caused you damage. And I truly believe that if you’re trying to quit without dealing with that damage, that trauma, that pain, it’s impossible. So there’s nothing anyone can say to someone to get them to stop drinking. Believe me, everyone tried that. But until somebody educated me enough to say, “you’re drinking for a reason. Let’s figure that reason out and deal with that reason.” So what I would say is, don’t judge the addiction. Focus on what led you there, what caused your pain, what caused your trauma? What caused you to give up? And if you take one of those at a time, it will liberate you. It will clear your plate of everything you’re carrying. Then you can really see that it’s not the alcohol or the drugs, it’s the numbing of your brain that you’re trying to do. And when you have happy things and know how to conquer the negative, you don’t need that.

What would you say to the families of those struggling with addiction?

In closing, I want to share something about not the person who is in recovery or in their addiction, but the people that love them and don’t know how to help. What I can say is there truly is nothing that you can do to help somebody want to stop. All you can do is support, love them, and just let them find their way. You can try and guide them. But please, the one thing that you do not want to do as family, as friends, as sons, daughters, parents, is you stop living because of that. Because if my son would have stopped his college education or stopped living his life, or if I would have caused any permanent damage to anybody in my family because of my addiction, I would never forgive myself.

What are some of the ways that your life has changed compared to when you weren’t sober?

My life as an alcoholic was a blur. It was a life of hiding. It was a life of lying to everyone I loved, and hiding everything I did. Just wanting to be alone so I could just be alone with my bottle. Now it’s a life of relaxation. I can be me. If somebody says “I’m coming over,” I don’t have to panic if I’m sober or not. It’s freedom- that’s the best way to describe it. I’m free. There’s no more hiding. I’m able to just be me and enjoy being able to give someone a hug if you run into them and not worry if they’re going to smell alcohol on your breath. Little things like that. It’s just being free.

To read more about the experiences Becky has been through, check out Becky’s Story Inside Incarceration on the Pelipost blog. To download the Pelipost app go to the Apple App Store or Google Play Store.